The Wolves of Sim Lim Square

Not in the same league as The Wolf of Wall Street of course.  But while The Wolf has steered his career to more proper pathways after his spell of Breaking Bad, these wolves of Sim Lim Square are still baring their fangs. 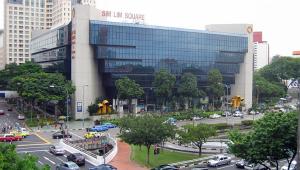 The case of Vietnamese tourist Pham Van Thoai – the latest victim who got bitten – highlights the plight of consumers when they unwittingly fall into the trap of dubious sales personnel who employ scam tactics.  Despite the intervention of CASE (Consumers Association of Singapore), he was unable to obtain satisfactory restitution.

In general, shoppers in Singapore find it tough to obtain refunds from smaller shops.  At best, you would be lucky to negotiate for an exchange.

This contrasts with our experience in Hawaii where we bought several handbags on impulse from a shop, only to regret it the next day.  We took it back to the shop asking if we could perhaps exchange it for something else.  We were surprised to be offered a full refund with no questions asked.  Retail sales are not bound by law to provide mandatory returns or refunds.  Consumers would definitely flock to a store that allows returns especially if goods are unopened or in mint condition as when it left the shop.

In Singapore, big stores like Challenger, Courts, Harvey Norman, Gain City, Ikea and supermarkets like NTUC Fairprice, Cold Storage, Sheng Siong, and such allows refunds or returns of a wide range of products, within a period that they specify on their policy.  For this reason, where product is available, we prefer to purchase from these stores even if the price is higher.

Shopping for items like electronics or hand phones can be more complicated than buyer fashion products or groceries because the various specifications and fee subscriptions require more research before purchase.  Not many has that kind of time or ability to research, and would tend to rely on the trustworthiness of the retailers.  This, added to a lack of familiarity especially when it comes to new product release, is when even savvy shoppers get caught by sales misrepresentation which can occur in so many forms.

Product or service has been mis-sold to you when:-

Recently, we purchase a prepaid-SIM card Nokia hand phone from a shop at ION.  As it was meant to be a gift, we did not require the phone to be checked, especially since it already came with warranty from Nokia.  However, in a bid to prevent us from obtaining a refund, the shop insisted on “breaking the seal” and proceeded to unwrap the plastic around the box.. thus denying the receiver of the gift the delight of doing so herself.   We soon realize that SingPost nearby at Jewellery Street was selling the same phone for much less.  The errant shop rejected any request for refund for the exact reason that they had broken the original plastic wrap and seal on the box.  However, that was broken by them at their own insistence, not by the buyer.  Surely, Nokia should take back such units from the shops.

In terms of best practice and ethics, we wish to highlight a super-hero in terms of helping consumers seek redress.  He is none other than Ryan Lee, the co-founder and CEO of XMI, the company behind the X-mini range of portable Capsule Speakers.

In 2009, we had an incident where our buyer ended up with an X-mini capsule – when he had asked specifically for stereo speakers for PC – no thanks to misrepresentation by a shop situated in .. (oops) .. Sim Lim Square.

It was even the wrong color to boot.

The item was below a $100 so we didn’t bother to hassle it out at the shop as they don’t stock the regular PC speakers anyway and is unlikely to entertain refunds.

Instead, we wrote to the supplier Xm-i Pte Ltd asking if we could at least change the color.  Ryan Lee personally emailed his apologies though it was not the fault of XMI the manufacturer.  Senior manager Frederick Yeo couriered a new red X-mini to our place.  There was no need for us to return the one we didn’t like.

From that first experience with X-mini, instead of that being the last, we have subsequently purchase many more capsules – green ones, orange ones.. the works.  They make for fantastic gifts and versatile travel accessories.  More competing brands came on the market, but there will always be a place in our lives for the X-minis, owing to the good vibes churned out by the CEO & company.

So it is not only legislators, but also manufacturers and suppliers, who  can lead the course for retailers to allow returns for exchange  or refund within a period of time.   The “free look clause” in insurance policy purchase – a consumer protection clause that allows the consumer a period of time to review their purchase – is one such legislation that now lessens the number of disputes arising from sales misrepresentation.

One rotten tree does not represent a whole forest so tourists and locals alike will still troop to bargain places like Sim Lim Square.

However, the significant stream of complaints against errant vendors indicates that speed in consumer redress is of importance these days.  Vendors dare to resort to dubious acts because of the time it takes for small claims to be filed and attended to.  We recall  a case where by the time the claim was awarded, the shop had closed down – possibly to reopen under a new name.  The consumer won the case – but it is a paper win as the owner declared bankrupt to evade monies owing.

From experience, when a retailer means to defraud, even caveat emptor by the buyer gets defeated.  More responsive consumer laws would therefore be of benefit both to consumers, as well as to the honest traders and shopkeepers who may have the misfortune of being sited in the same locale as the errant ones.